NBA Training and Nutrition During the All-Star Break 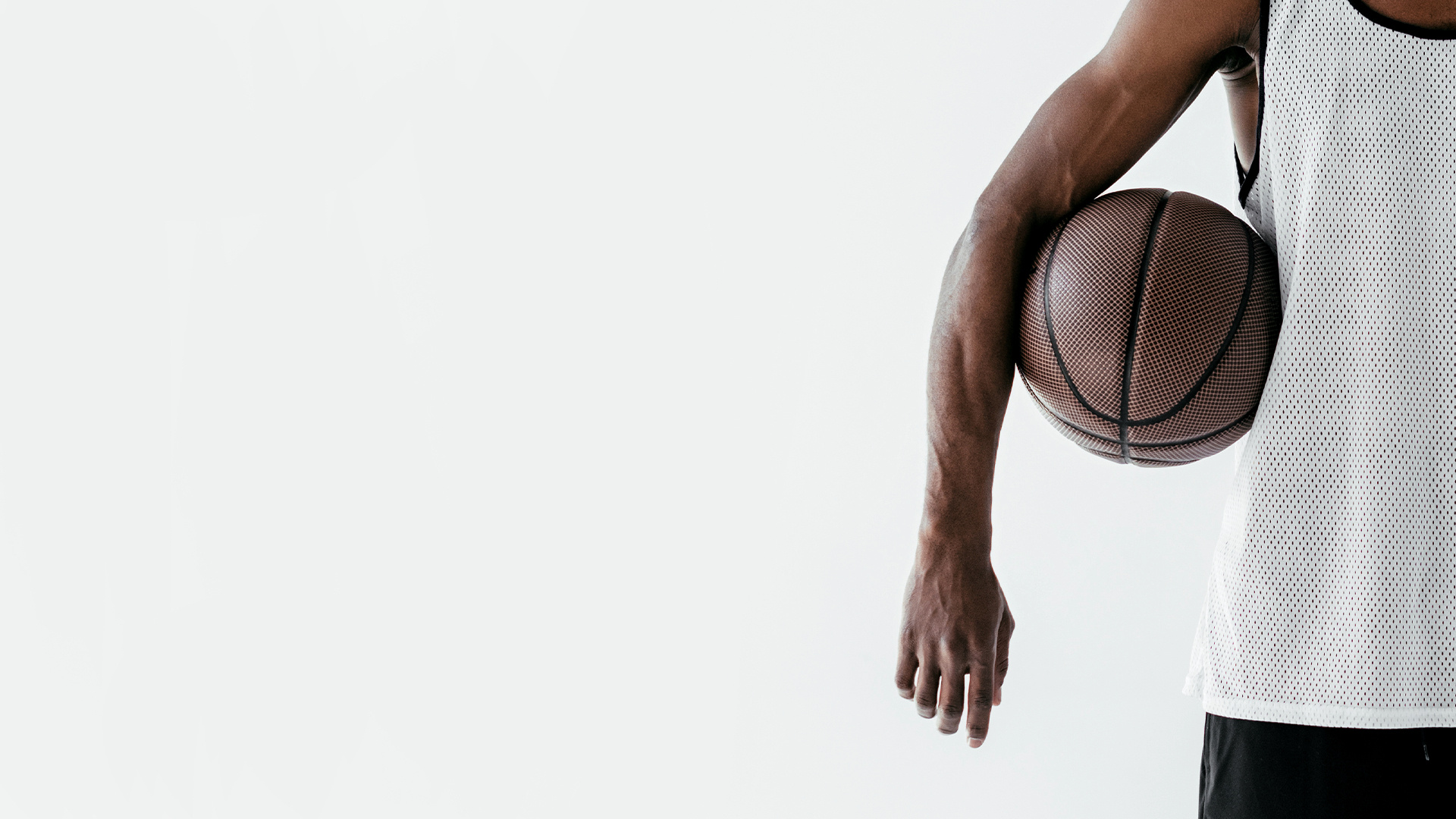 Although a mid-season week off is a welcome breath of fresh air to most athletes, it can be a bit of a catch-22 — especially for athletes at the top of their game, like those in the NBA.

On one hand, it’s a time to recover, refuel, and gear up for the season’s second half and possible post-season. On the other, it’s a rare and much-needed break from the grind of practice, film prep, and competition.

When it comes down to it, it’s all about striking a balance between the demands of the sport and finding time for friends, family, and plain old R&R. With proper planning, an in-season off week can set up an athlete for second-half success while also providing much-needed rest and relaxation.

Many athletes take advantage of their time off to take a personal inventory of their performance, training, recovery, and mental well-being. Reducing both practice time and team obligations not only allows athletes to physically recover from the first half of the season, it also enables them to assess what has worked and what needs improvement as they gear up for the all-important “second season.”

Teams and athletes often use an all-star break to do health evaluations, such as sleep assessments, physical endurance testing, and blood work to gauge nutrient levels. A sports performance staff can use this information to determine how effective training and recovery plans have worked and make adjustments to minimize injury risk and ensure the team is performing at its best heading into the post-season.

While athletes are enjoying their time off, the sports performance and sports medicine staffs are analyzing data to identify areas of improvement to support and enhance optimal performance.

As a registered dietitian and a member of many sports performance teams throughout my career, there are a few areas of focus when heading into an all-star break or bye week that need to be accounted for, including an athlete’s change in energy needs, nutrition, diet, and sleep.

The NBA All-Star break generally includes just a few light training sessions. For those few players participating in the game itself, a competition more akin to a light shoot around than an actual regulation game, they require less energy than a normal training session or a game demands.

Players often overlook this decrease in caloric needs and continue to consume food according to their in-season plan, which can lead to unexpected weight gain or GI distress. Although a slight fluctuation in weight is usually relatively benign, coupled with a few of the considerations below, it can make for a slower start to the second half of the season. Working with their sports dietitian, athletes can enter a bye week with a balanced plan and precisely the calories they need to match their reduced activity.

As much as we have focused on the sports performance perspective, there is a very welcome social and wellness aspect to scheduled off-time. The in-season demands of sports often prevent athletes from spending much needed time with their family and loved ones.

A break from the arena, the gym, and the day-to-day media scrutiny can do wonders to wipe away the adverse emotional side effects of “the grind.” Whereas, team travel includes private team planes, with carefully planned menus, and cabins optimized for sleep, commercial travel can expose athletes to potential illness, GI issues, and increased stress.

Athletes who attend All-Star weekend as a participant or spectator are presented with endless opportunities to socialize — from private parties to marketing and community appearances — all generally catered with the highest-end (and usually calorie-dense) foods and unlimited alcoholic beverages.

Anything beyond a moderate intake of alcohol can be disastrous for recovery, sleep, and performance.  The intermission that is All-Star week can quickly turn from an opportunity to start the second half fully rested and recovered, to a week of excess that can negatively impact performance well beyond the All-Star game itself.

Catching up on sleep

The mid-season break presents an opportunity to “catch up” on sleep, which is at a premium for most elite athletes. However, tending to business obligations, family time, and All-Star festivities often gets in the way of much needed sleep.

In an ESPN article exploring the emphasis on sleep for today’s NBA athletes, Tobias Harris of the Philadelphia 76ers went so far as to call the NBA’s late-night games and the impact of frequent travel on sleep deprivation a health crisis.

"I think in a couple of years [sleep deprivation] will be an issue that's talked about, like the NFL with concussions,” Harris explained in the article.

Although the impact of insufficient sleep on athletes has been well examined, a Stanford University study looked at the effects on professional basketball players specifically. The study found that when players had optimal sleep times, they had faster sprint times, decreased reports of fatigue, and improved performance during practice and games, along with a 9-percent improvement in free throw and 3-point shooting percentages.1

Building a proper routine around sleep would go a long way toward promoting optimal recovery during the mid-season break. As the NBA’s oldest player and the only one to play over four decades, veteran Vince Carter, when asked about his historic longevity in the league said, "Sleep. It's the number one thing for me."

Will the NBA ever extend or modify the All-Star break to allow for more rest and recovery?

One of the hottest topics in the NBA this season is the concept of load management, an attempt to access the benefits of an off-week more frequently throughout the season.

This is an idea borrowed from soccer, where players often play close to year-round, with matches scheduled across the calendar. The idea that strategic days off can provide a smaller version of the mid-season break has emerged in recent seasons in the NBA and is gaining traction.

Gregg Popovich, head coach of the San Antonio Spurs, has long been a proponent of resting healthy players throughout the year to field the healthiest and most prepared team come the playoffs.

More recently, veteran players, such as Lebron James and Kawhi Leonard, have incorporated load management into their seasons to prevent minor injuries from becoming major and promoting complete recovery.

This can be critical when games are back to back, or frequent, long distance travel is required. This season, the trend is continuing toward younger players, such as standout Memphis Grizzlies rookie Ja Morant, as he adjusts to a season with more frequent games and travel than at the NCAA level.

The Key Takeaway: Recovery Is Key for Any Athlete

It has become clear – the mid-season break can be an athlete’s best friend, setting the foundation for a strong second half if used properly. The most successful athletes approach the All-Star break armed with a plan to maximize recovery options and minimize the negative impacts their other obligations can present.

Having a recovery plan in place is important for athletes of all types – from the NBA all-star to the weekend warrior. Maximizing rest and recovery starts with establishing a recovery plan and consistently sticking to it. Discover how Thorne’s Recovery Bundle can help do that.

Joel Totoro is a Registered Dietitian with over a decade experience in trauma and sports nutrition. Prior to joining Thorne, he served 3 years as sport dietitian for the University of Michigan and 8 years at the New England Patriots, where he was the first full time sports dietitian in pro-sports. Totoro is also an elected board member for the Collegiate and Professional Sports Dietitians Association.

News, featured products, and stories delivered right to your inbox. 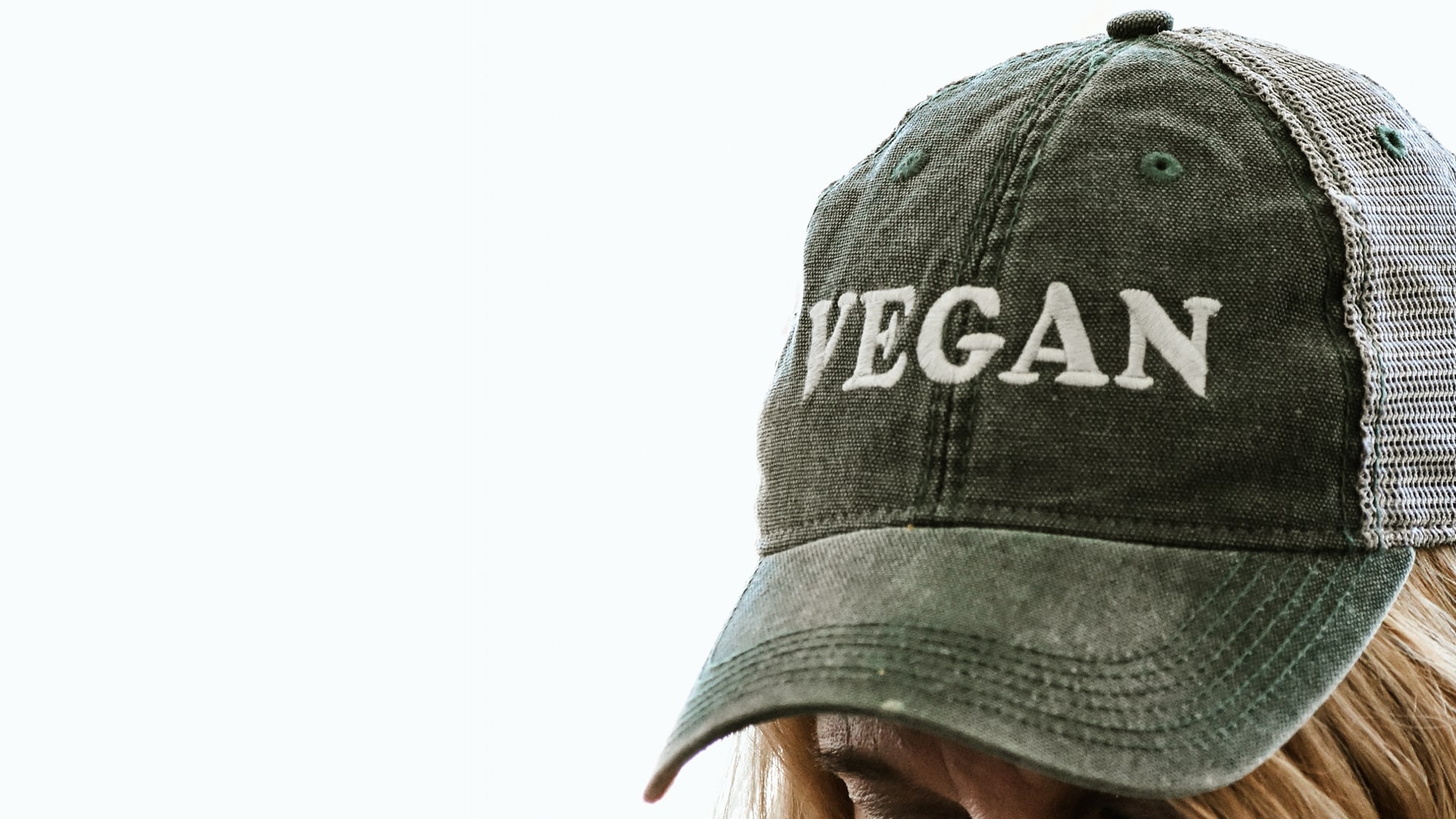 Athletes And The Vegan Diet: Here's What You Should Know 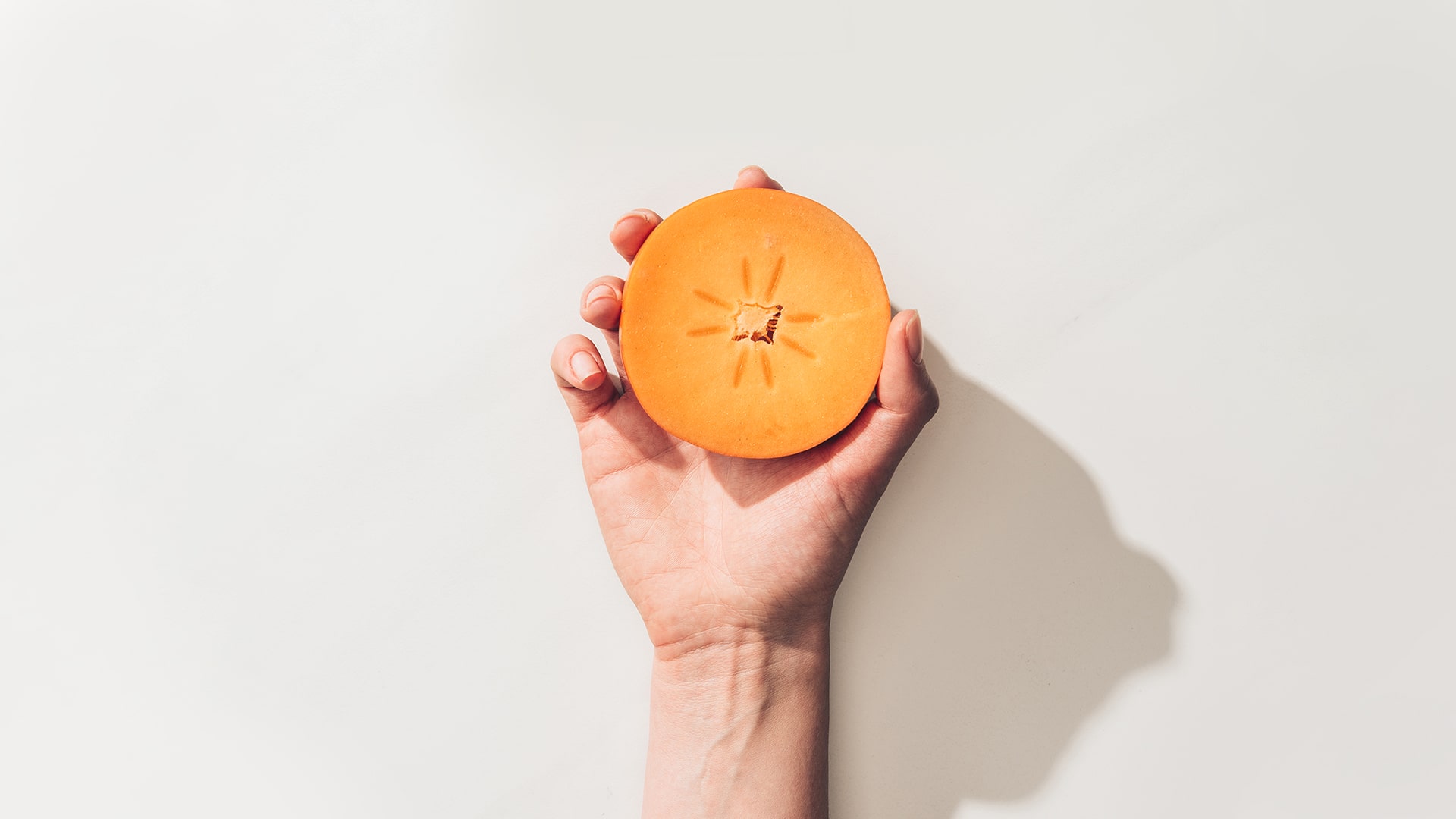 Macronutrient and Micronutrient Timing to Maximize Muscle Recovery and Performance 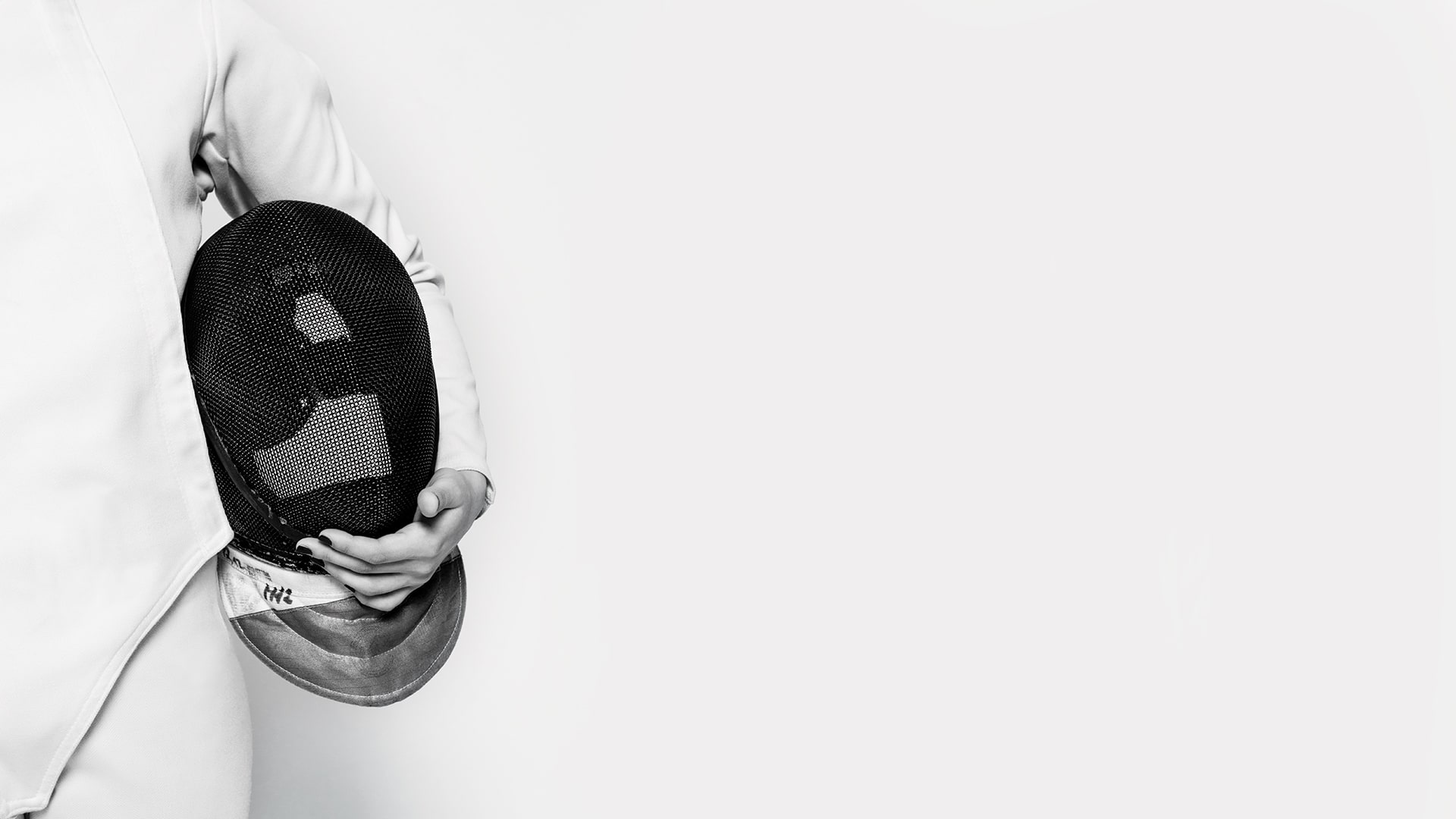 The Dangerous Effects of Under-Fueling: Energy Deficiency in Sport

Get a weekly dose

News, videos, and Thorne stories delivered to your inbox each week. 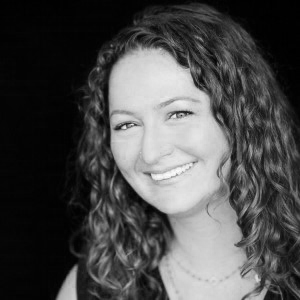